They think that the C&C franchise in the hands of EA needs a reboot as a first person shooter game. 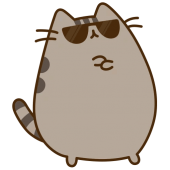 By Makoto,
September 26, 2020 in General Discussion