Yuri need a weapon in bf 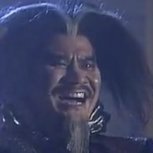