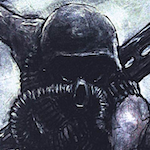 Well, okay, it does in a way but not as it should.

I'm talking about the wineskin wrapper that can be downloaded from CnCnet that contains Tiberian Dawn, Red Alert and Tiberian Sun.

Starting up Tiberian Sun on the go works but when I try to change the resolution in the configuration the game runs really slow or just downright crashes, which is frustrating.

I have a "fix" for this 'cause I have experience with Wineskin wrappers but it's not a desirable one, because for some reason changing the Mac Driver to Mac in winetricks, which is perfect for running Tiberian Sun, means that Tiberian Dawn won't run in the wrapper at all. Dawn only runs when the Driver is set to x11.

So technically I can't run one game and then the other without doing a lot of tinkering with the app via wine tricks and some dll overrides, so that's kind of annoying.

So is there another, easier fix to allow the Mac version of Tiberian sun to run on higher resolutions without slowdowns, that ALSO allows you to run Tiberian Dawn without having to change all the wineskin settings every time I want to switch between one or the other?

Well, I was close to fixing this by...

Setting the mac driver to x11.

Choosing ddwrapper and no video memory in the configuration.

THE PROBLEM: Dreadful screen tearing that hurts your eyes when scrolling.

Anyone know how to fix this?