Continues Harrasments, treats and racism from Zizou still going on 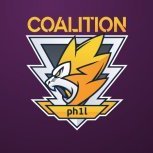 For the people who don’t know me, i’m Dr.Philly.

I have a couple of serious issues to address regarding CNCnet, the policy and mainly troubles with a wellknown player called Zizou.

Let me start at the beginning:

When i rejoined CNCnet after 24 years, immediately i had a discussion with zizou because he was harassing multiple persons. I kindly asked please not to be rude and all of a sudden i got private messages from Zizou in Dutch in where “he would rape my wife and daughter”. He even said more worse things but at that time I chose to ignore it (i usually dont ignore such things). And actually from that moment on for 9 months now, he’s harrassing me daily, all day in the Lobby. Seriously for 9 months in a row.

I’ve spoken to multiple PRO-players, to admins and moderators to please make it stop, because i really dont want Zizou to get hurt in real life. Last couple of months he kept harrassing me, treatening me and also treatening other players, for many many years.

I’ve spoken to many people and it seems the admins and mods are just ignoring these kind of things. But when i say something (non racist) about politics: I’ve been kicked and banned multiple times. That even lead to a ban for 24 hours (yesterday).

I understand i didn’t obey the rules with my talks about politics, but what about Zizous behaviour for the last 4 years? I’ve read on the forums that many ppl are and were complaining about Zizou and that just really nobody does a thing.

I’ve had some talks with funky over this, same with Lovehand and i really don’t want to be negative, because i appreciate their “help” but guys: why kick/ban me (and others) for not obeying the rules and Zizou can just keep harrassing me and everybody else, every hour, every day, for many months and years now?

Last couple of weeks I’ve first reported everything (with screenshots). I guess a mod has talked with Zizou over this because he was a bit less “harrassing: but when Lovehand isn’t there Zizou starts because he knows the other mods and admins really don’t care – as long as you guys can play your games right? (no offence though).

Everytime I hear: “Well we need more evidence”, “I’m going to talk to him” etc… and a few hours later it all starts again. So i’ve decided to put that moron on ignore and i’ve received many many messages that he kept harrassing me, so i kept reporting that… Whats the conclusion now:

I’ve been banned for a day by Lovehand, while Zizou keeps on treatening people, harrassing me (i’ve received screenshots from really nice people on CNCnet about this) and I keps reporting but at the end: Philly received a 1 day ban, for talking about politcs and what’s wrong with the world.
Can someone tell me, why nobody acts on Zizous behaviour? When is someone gonna do someting? And wit hso something i dont mean a “5-minute kick” for Zizou, but make him clear, that it has to stop after many many years of harrassments by zizou? I think a 1-month ban for zizou would still be a nice punishment for that guy, why doesn’t this happen?

Other issues: I’ve reported multiple teamkillers and imposters (which is not allowed) who kept killing games for months. I’ve reported Ruigi and Mcgregor about 20 times, with screenshots etc and still nothing happens. I’m reporting these guys, because I too want some more peace in the main Lobby but I’ve to have video-evidence so the admins/moderdators could do something.

Wouldn’t it be a GREAT IDEA to review your policy, because it’s clearly not working or the admins and mods are not doing their job (not talking about Funky and Lovehand, they are doing what they think is necessary).

Dear community-members, feedback wanted about this issue. It can’t be that i have to take matters in my own hands, have to track down zizou and hurt the guy for “wanting the rape my daughter and girlfriend” right? I can’t imagine that would be the best solution right?

The insults, harrassments, racism against me and treats MUST STOP!