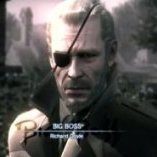 By XMaDTanKX aka T-90,
August 15 in General Discussion