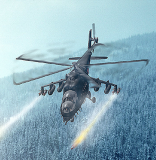 crash issue with the jungle theme

In Edwin I made a new map, first time in the jungle theme. Than I turned the map into a mission in RAED, but poor me it crashes. I also tried the map without any objects in skirmish, but it also crash. I also could not run the blank jungle map so apparantly red alert really does not like the jungle theme

I'm running v3.03 on a windows 7 machine I have the jungle.mix file and nor Edwin or RAED gave any problems.

Is this is a known/fixable issue? if so, howcan?

14 answers to this question