How would you tweak Apocalypse Tanks for MP 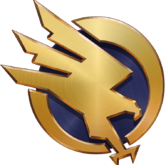