Undetectable unit for someone 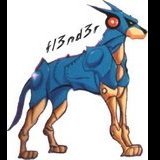