1 player always disconnects at the start of the game

My friends and I are having trouble playing a game together.
We are with 5:

2 of them live in the same house with shared network on ziggo (ISP from netherlands). Us 3 all are on separate networks.
If I play a game with us 3 (on all separate networks) this works like a charm. We can play without closing the lobby and we can play all night.

If one of the two people in the same house decides to join we get a vey weird problem.
We can load the lobby just fine with minimal ping, tunnel seems OK.

But when loading the game the problems start. One player will see himself load very fast, and the others load not at all, or very late.
All the other players will see everyone load normally, even this one player. But when the game starts all our credits are stuck at 143.
The one player in this case will see us all load very slow even though we are already loaded into the game and stuck at 143 credits.

After he loads in, we get up to 10k credits and we try to deploy our MCV. Sometimes this succeeds and the deploying is stuck in a frame. Sometimes it doesn't do anything at all. Very soon after we are thrown into the dc screen where we see this 1 player cannot connect, even though his bar is green (almost full).

The very weird thing is, that one player sees us lose connection to him very quickly to the red. Even though we see he still has valid connection (green).
After waiting for a while he will dc. Once the player dc's the game goes all of a sudden very smoothly again. Like there are no problems at all.

This is one of the 2 players. If I use a VPN and connect to him on a 1v1 basis I can load the game just fine and we can play. The other of the 2 players,  I have the same problem even with using VPN.

They both can play on LAN just fine, but if they try to play against one another then they will have the same problem listed above. We tried disabling firewalls and disabling anti virus but we just can't figure this problem out.

The weirdest is that a few weeks ago we got it working only if we closed the game after each game and then rehosted the lobby again. Otherwise we would have the problem described above.

Does any of this ring a bell or do you need more information/logs/video proof?
We are at a loss at what to do next and tried a lot of things already.

Seeing this game is server oriented I don't see why we should have these problems? This is the only game where these problems occur.
some logs I get when I join the game of the failing player. 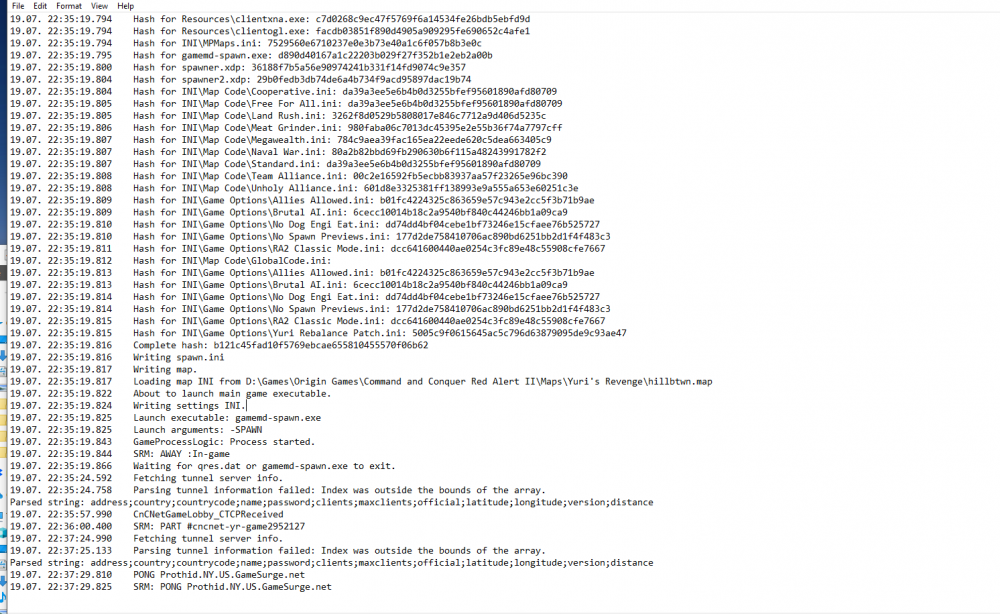