Version 8 No longer works in Windows 7

I'm helping a friend that still runs windows 7 (2 gb ram/ 32bit) on his computer. When I install the latest CNCNet Installer for Yuri's Revenge, I get "System out of Resources" error. While it can be installed forcibly by ignoring the error, after the installation, it wont start the game without prompt/error message. I tried both the .net, dx and xna version, no luck. I also tried installing the older version of CNCNet that doesn't prompt the "System out of resources", the xna client worked, but after finishing the latest update, same result, no prompt/error or whatsoever (nothing happens). I know that there is a big chance of running the game if I upgrade my friend's OS to windows 10, but its not my computer to decide and I'm just helping him remotely via TeamViewer. and of course a 2gb ram pc wouldn't be a good idea for windows 10. But i'm sure his pc specs can run the game natively. it is just that the cncnet client won't cooperate and probably demanding higher specs of computer. 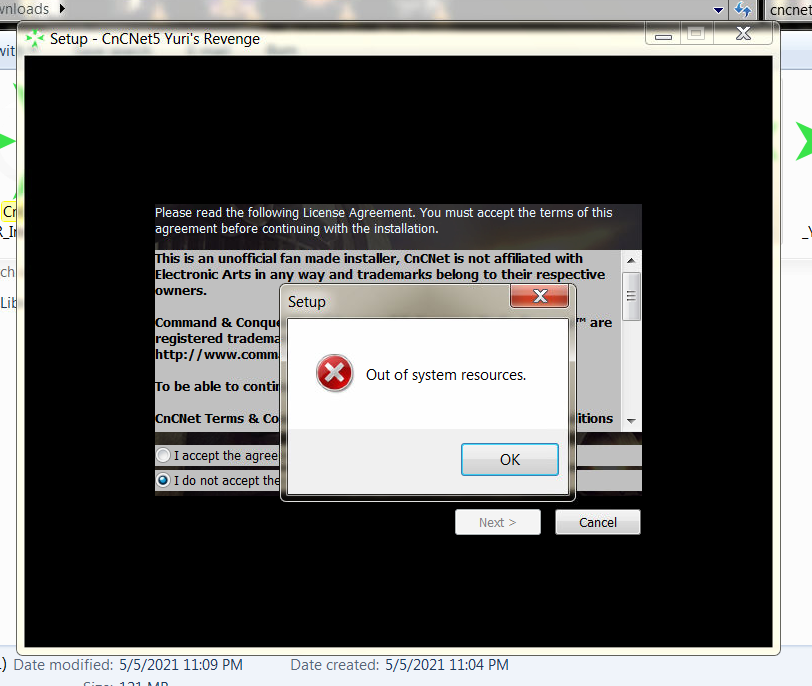 Edited May 9, 2021 by vasha
Added attachment