Let's get some Ladder Talk Going 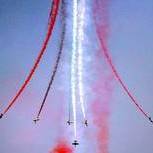 The maps are being edited to prevent overwhelming engi eating and also for improving odds against Yuri. Instead of complaining all of the time how about you contribute, you clearly want to see an im

Hi Prep - there was inconclusive evidence on this report of pushing. We're not going to start handing out bans or ladder resets or whatever the punishment would have been, if we can't conclusively pro