After installing the Yuri's Revenge CnCNet update 4.26, I get this error when trying to create a game by LAN:

If the issue is repeatable, contact the YR staff

I did not have this problem in the past when trying to host a lan server to play with a few friends. Any ideas as how to fix this error please? 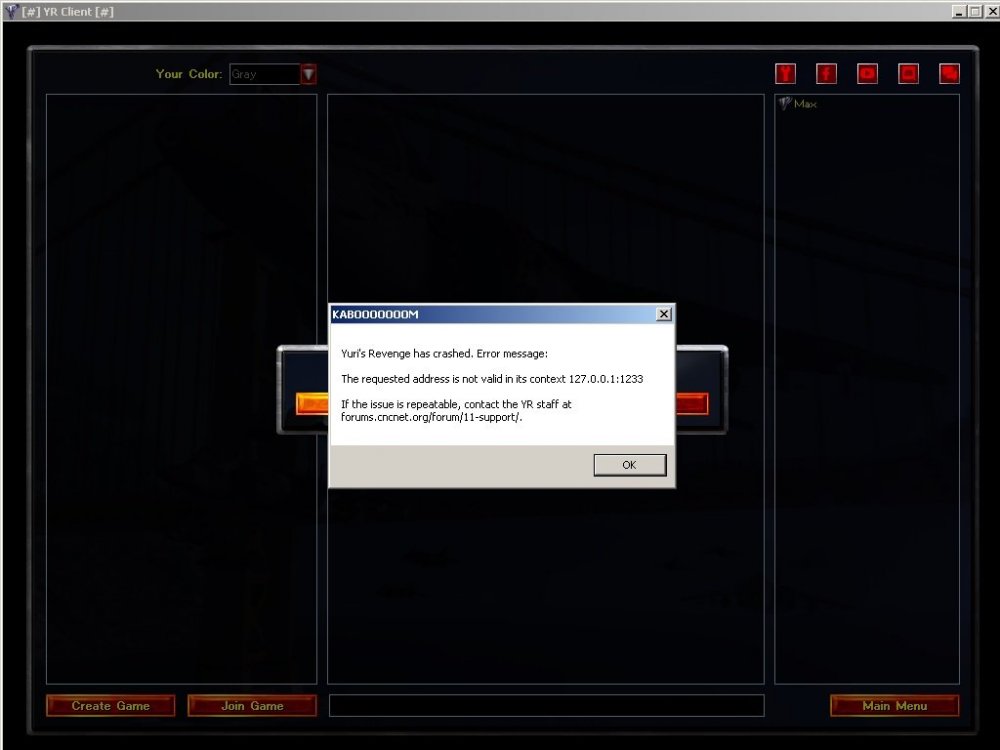 5 answers to this question